International Musician with a stylish apartment

Recommended by a friend who had been so impressed after we had spring cleaned his modern contemporary home.  The quote was to spring clean a one bedroomed apartment.

There were actually 2 bedrooms but the second was full of another friends items and totally unusable.  Kitchen cupboards also needed ‘sorting and reorganising’ for easier use.

Solution: Declutter and reorganise the second bedroom.  Pack up the friends items and have them shipped to him. Reorganise the kitchen and bathroom cupboards. Full spring clean.

Result: International musician, in his 30’s, now has a well ordered 2 bedroomed apartment he is proud to entertain in.

Response: Wow, thanks so much for an amazing job. I need to do this every year.

We moved this lady from one house to another 4 years ago and she was so impressed she rang us to do it again. She has moved several times over the years but really did not have the time to organise everything herself, again. This time she was downsizing, the children had grown up and left home.  There was serious decluttering to be done as there would only be 4 bedrooms this time.

Solution: Serious declutter of personal items, toys, clothes and furniture.  Excess sorted and despatched to our ebay lady, charities, friends and family.  The new house had had the builders in so we spring cleaned that ready for the move. Everything else packed, wrapped and moved across. Having discussed the use of the rooms at the new house we had planned the move to unpack and order the new home ready for her to move in.  Beds were made up, clothes in the correct wardrobes, in the right order, personal items laid out just as she liked it.  As the 2 houses were very different we had several discussions on how best to organise the new house to suit her lifestyle. Sorted. Removal company organised by us.

Result: Moved from one house to the other with ease, everything dismanted at one end and set up ready for use at the other.  She was able to devote her time to her business knowing that she had completely entrusted us to sort everything out for her.

Response: Thank you so very very much. You really are angels, if I could adopt you I would.

Moving in 10 days and nothing organised – Angels to the rescue!

The Angels were contacted by Mr and Mrs R’s solicitor.  They were moving from a 3 bedroomed semi into a small flat in 10 days – and nothing had been organised!

Mr and Mrs R are an elderly couple with no family.  They were also ‘hoarders’ on a grand scale.

De-clutter – not much point taking items that were not needed in the new flat and not efficient to put them into storage for sorting later.  Harsh decisions.  Mr R chuckled ‘ I knew this day would come but didn’t know where to start!’  ‘My wife has been ill for many years and it is all beyond me.’  No worries.  2 large skips were ordered and the Angels began serious and harsh de-cluttering, along with a very grateful Mr and Mrs R.  2 day process but totally necessary.

Removal day arrived and all is ready to go.  2 Angels on hand for any last minute clearing and packing.  All sorted.

Ms B unfortunately suffered an electrical fire at her home.

As a top Manchester Solicitor Ms B did not have time to remove her family to a rented house so the Angels were called in.  Initially to sort out the soot damaged area.  (we are are registered with IICRC )

What the Angels organised:

What the Angels did:

assisted with the packing and wrapping of personal items

cleaned rented house and organised other cleaning  professionals for carpets, windows and oven

unpacked all the items brought by the removal company

set out the new home for the family incuding making the beds and placing the towels!

grill pan was missing and this was ordered and delivered within a few days!
6 months later we did the whole thing in reverse!   positively Angelic!

A Macclesfield family called us in.  Mum had not been too well and the professional couple with a demanding 3 year old needed to move to a larger house.  Their house had been on the market for months.  They had had plenty of viewers but no one had placed an offer.  It was easy to see why!

Roy Trevors were called in to remove excess furniture to storage

rooms given a ‘purpose’ e.g., the living room and dining room furniture set out as they should be

organised a spruce up painter

Result – The house sold in one week in January! 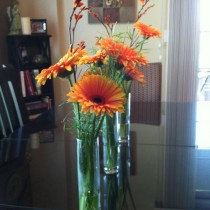 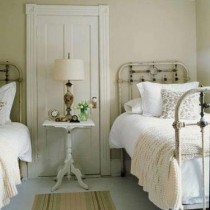 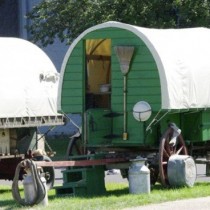 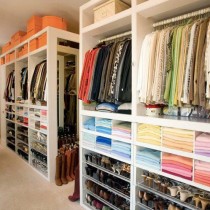